ZTE’s new S series was teased by a company exec yesterday, and today the phone maker announced that S30 Pro will be a part of it and will be launched soon.

ZTE’s Weibo post also includes a poster that shows us the rear design of the S30 Pro, which has a gradient paint job and houses a 64MP quad camera. 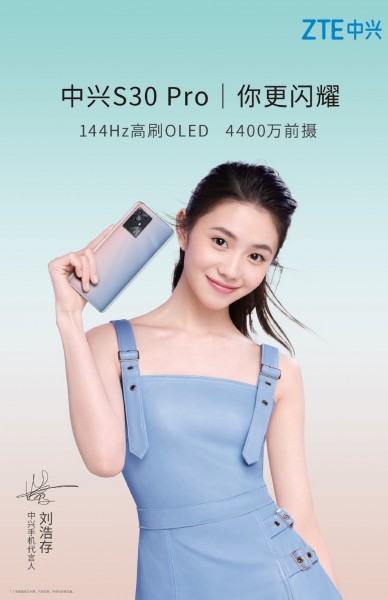 Additionally, the poster tells us the S30 Pro will pack a 144Hz OLED screen and feature a 44MP selfie camera. However, we don’t know what the S30 Pro’s front looks like and whether the display will have a notch or a punch hole for the selfie unit.

Details are scarce about the ZTE S30 Pro right now, but we’ll surely learn more about it in the coming days.