Is Ethernet Faster than WiFi


In the modern age of technology, everyone uses a computer in their daily lives for all kinds of uses. Whether it is for entertainment, education, or work-related needs, the chances are that you use a laptop or desktop almost daily. Although, for all these uses, it is highly likely that you also need to be connected to the internet. 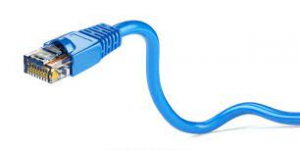 Ethernet is one of the oldest options available out there when it comes to choosing an interface for connecting to a network or the internet. It is a wired connection that generally uses the RJ45 port of your computer for connecting to the internet. Thankfully, since most networking devices also use the RJ45 port, it is highly compatible with most devices without any issues.

Even though all ethernet devices use the same RJ45 port, they can have different performance ratings like CAT5, CAT6, CAT7, and others where a higher number results in better performance. Talking about the real-life speeds that you can expect from ethernet, they are much faster than WiFi. Even if you are using an older CAT5 connection, you can still get up to 1 Gbps speeds from it.

With newer versions of ethernet-like CAT6 and CAT7, you can expect speeds like 2.5 Gbps, 5 Gbps, and even 10 Gbps. In comparison to WiFi, this is much faster making it ideal for local network file sharing as well as for faster internet connections. You can better understand the differences between different CAT versions here: 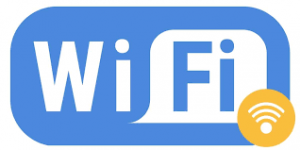 WiFi stands for wireless fidelity which is the standard when it comes to connecting your computer to a wireless network. For getting WiFi connectivity on your computer, you can either use an inbuilt WiFi card or use an external USB one. Because Wifi is also used by a lot of devices like smartphones, smart TVs, WiFi routers, and various others, all of these devices can easily work with each other. Similar to Ethernet connectivity, not all WiFi devices are the same as a WiFi 6 device will perform much better than a WiFi 5 or WiFi 2.4 connection as you will see later on down below.

As for the performance numbers offered by these different WiFi versions, it is not as fast as ethernet which is to be expected from such an easy-to-use network connection method. Starting with WiFi, it is generally around 300 Mbps, WiFi 5 is slightly over 1 Gbps, and WiFi 6 can go above 2 to 3 Gbps depending on the devices that you are using. While WiFi is not as fast as ethernet, it is still fairly decent for using the internet.

Even though a lot of details regarding both ethernet and WiFi have been stated, you may want to know even more for choosing the right one. In that case, consider going through these factors regarding network connectivity options like Ethernet and WiFi:

Whether you are transferring files and data over the internet or your local network, you would want your network to be as fast as possible. Taking a look at WiFi options, you can find WiFi 2.4, WiFi 5, and WiFi 6 while choosing one. Out of all these, WiFi 6 offers the best performance that you can get. On the other hand, you can find ethernet connectivity options like CAT6, CAT7, and CAT8 where the latter is better.

Just like any other network connection, you would also want your ethernet and WiFi to be highly reliable to ensure that you are always connected to the internet at all times. While both of them do not have any data loss issues, you should still consider their reliability numbers

While accessing the internet, there is a very high chance that you are accessing something sensitive which you may not want to share with others. Therefore, checking the security options of your network is highly important. While both Ethernet and WiFi can have optional password options, ethernet is slightly safer since a physical connection is required for the same.

Those of you who use their internet connection for a lot of gaming would want the latency to be as minimum as possible. This is to ensure that your ping in-game is low and you do not have any lag issues. Since WiFi networks are not the most stable, ethernet offers much better performance and almost minimal latency making it the better option for gaming.

For connecting to WiFi, you either need an inbuilt WiFi card or USB adapters to be connected to your computer. And once that is done, you can simply connect to the internet without tethering your laptop making it the better option for portability. On the other hand, ethernet requires you to connect an RJ45 ethernet wire which makes it more ideal for desk usage and not for portable usage.

Which Connection to Choose?

After checking these various differences between ethernet and Wifi, you may be wondering which one is the best one for you. Starting with the raw speeds and performance offered by these, ethernet offers much better performance. This is due to the reason that you can find various 10-gigabit Ethernet connection options that offer the same performance irrespective of the distance or the range.

However, if you wish to get something more practical that you can use anywhere in your home or office, you can go with WiFi connectivity options available. You also get decently high speeds from modern WiFi 5 and WiFi 6 connectivity options for file transfers as well as gaming. Make sure to share your thoughts in the comments section. You can also post any questions down there if you have any!

How to Connect Two AirPods to One Phone?

How to Pair Jlab Earbuds?

How to Connect to Scosche Bluetooth?

Can Airpods Get Wet?