Home » Electronics » GPU Fans Not Spinning – How To Fix?
Electronics

GPU Fans Not Spinning – How To Fix?


Graphics Processing Unit is abbreviated as GPU and it is a special kind of processor for graphical purposes like editing, machine learning, etc. The fan attached to it most commonly known as the GPU fan, which helps to customize the airflow in this specific processor.

Due to any technical or non-technical issues, the fan may stop spinning and lose its ability to function efficiently. These situations can be highly infuriating. To solve these problems, there are some worthy solutions available. And by following these short tricks, one can resolve the GPU fan problems effectively. 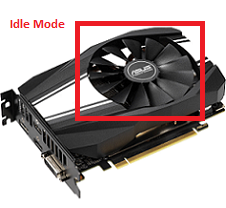 The heat sink is a particular setup in which the GPUs have an inbuilt cooling system. The time when the user is not performing any extensive browsing or any non GPU tasks,  the fan must be turned off. This small practice has several benefits like the stoppage of the usage of GPU fans frequently avoid the heating up of the device. It also helps GPUs to perform safely.

Although the GPU fans have very low torque, there is still a production of sound, which creates noise pollution. The fan turned off reduces not only the noise pollution but also the risk to heat other parts of the PC. Thus increasing the longevity and overcome the static condition of the GPU fans.

If the steps are not followed efficiently, then the triggered condition within will eventually cross the threshold temperature and cause even fatal problems than the non spinning of the GPU fans. To prevent such situations one must switch it off when not in use. 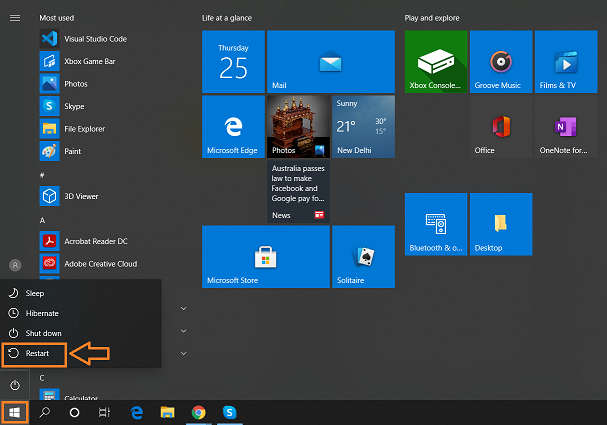 Restarting the computer system is often the best way to overcome the static GPU fan problem. It is supposed to be the simplest of all the methods or solutions.

Even the IT engineers throughout the globe prefer to restart their computer systems, which in turn helps to reboot the system, align the specific functionality and restart the spin of the GPU fans.

We need to keep a double check on the power supply whether it is connected or not and also the PCI-E slot on the respective motherboard. 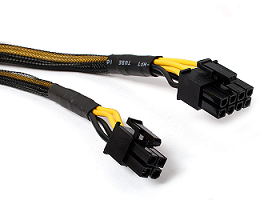 Just after the purchase of a new GPU, some may find the fan is not working and a common reason behind this can be the connectivity error. Graphics Processing Unit comes in a handful of varieties and proper connectivity of the power source is a must. GPU thus requires a 6 pin or 8 pins mostly depending on the model.

One should also keep in mind that he or she must provide proper wattage to the computer system. Inadequate power supply will result in sudden static conditions. Thus if you find out your computer system is shutting down frequently without any notice, this could be a worthy reason.

It is always advisable to check it just at the time of purchase.   Also doing the necessary researches on the wattage requirement for GPUs and making necessary adjustments will be worthwhile.

As the different organs in our body complete the organ system and bring out a common function. Likewise the power cables, various motherboards, and of course, the GPU fans make a single unit that works hand in hand. The various parts need to work as a total. Thus it is better to be extra cautious for all the components put into action.

Lubrication is a must for any kind of metallic device. The surface of any machinery is made up of alloys and metals. Thus the constant wear and tear create friction and the energy is lost as heat. To avoid these mishaps, it’s preferable to lubricate the metal surface at regular intervals. It not only reduces the sliding friction but also increases the longevity in return.

Apply a generous amount of lubricating oil in the joints and bearings by removing the company stickers and protective cases. Do not forget to place the plastic cap after every application of the lubricating oil. This oil will flow to every nut of the GPU fan blades and promote proper functioning. This simple trick can resolve huge and complicated problems.

Silicon-based oil is the best choice for GPU fans. The high viscosity and specific heat reduce the friction effectively and the latter serves as an effective way to avoid heating of the system. These oils act as insulators and thus avoid leakage of current in the metal pieces. It is advisable not to go for the cooking oil as the particulate matter present in the oil acts as the conductor for eddy current in the metallic parts and also reduces its efficiency altogether.

5. Clean The Fan Of Dust and Other Obstacles

The daily deposition of the dirt and dust causes a huge hotchpotch. The dust on the blade increases its mass and thus leads to immobilization. The components have to put in extra effort to overcome the problem and reach its maximum efficiency. This extra effort in turn uses some amount of energy, which serves as a total wastage.

The main function of the GPU fans is to irradiate the built-in hot air currents. Unavoidably these currents come with a huge amount of atmospheric pollutants. Despite the low torque of the GPU fans, the large debris settles on the upper surface of the fan blades. Routine cleaning and dusting off the computer system escape these kinds of problems.

Take ample time to clean the GPU fans’ blades. At first, open the PC and detach the fan. Dust off the build-in dirt and debris on both sides of the blades. Be very careful if you are intended to use any cleanser. Pat dry the blades and put it back. Make sure that the blades are not at all wet, otherwise might prove to be very fatal.

Do not forget to check the heat sink and dust off the other parts of the system. Go through the connectivity of the cable wires and take necessary actions if you identify any faulty connections. Thus these methods may take a longer time but prove to be worthwhile in the end.

Depending on the GPU, install or reinstall the drivers. It can be from the NVidia website or the AMD website. You can also alter with the GPU software. A few examples of this software are Radeon and GeForce Experience. Particular settings and controlling of the fans keep a check on the spin.

The GPU fans if remain static thereafter, it will be the manufacturing defect and requires a change in the whole model.

As mentioned earlier, if none of the above methods and solutions work, then there must be a mechanical failure in the GPU fans themselves. The older models are hard and tough. Although the older models have very high endurance, they also require a large amount of power source. On the other hand, the newer models are light and effective. They are specifically a pretty good mash-up.

The most effective way to test the hardware of the GPU fans and reach its maximum speed is to install MSI Afterburner. It keeps an eye on the application and the clock rate. If the results are not up to the mark or do not cover all the objectives, then the problem is surely arising from the hardware setup.

It’s better to invest in a new fan than to open the system and repair the faulty one. Surprisingly GPU fans are the cheapest of all the equipment of the computer system.

As the different components work hand in hand, there can be a need to replace a damaged motherboard. It can also occur due to the presence of any kind of bugs or misplaced wiring in the slots. The installation and alterations of motherboards and slots may also resolve the problem of the static condition of the GPU fans.

Some of the GPU fans are not meant to spin every single time to maintain the threshold temperature. The phenomenon of the spinning of GPU fans only at the time of usage is termed passive cooling. It makes the heatsink functional in the long run and keeps the GPU fans working effectively without any static condition.

Not to worry as these above solutions and methods are widely in use and proved to be effective as well. Thus diagnose your problem and apply the methods in your accordance.

Youtube Videos Not Playing – What You Can Do to Fix It?