Amazfit is expected to launch a new smartwatch, called T-Rex Pro. A YouTuber from Turkey has posted a hands-on video with the wearable that is yet to be officially announced, and the device looks pretty much identical to its predecessor, the Amazfit T-Rex.

The battery life with GPS enabled has improved drastically – it is now 40 hours continuous use, doubling from the 20-hour endurance of the non-Pro.

Beyond that the T-Rex Pro will match its vanilla sibling. The screen of the wearable is a 1.3” AMOLED with Gorilla Glass 3 on top. The battery is said to have 390 mAh capacity, which is enough for “up to 18 days” of standard use on a single charge. 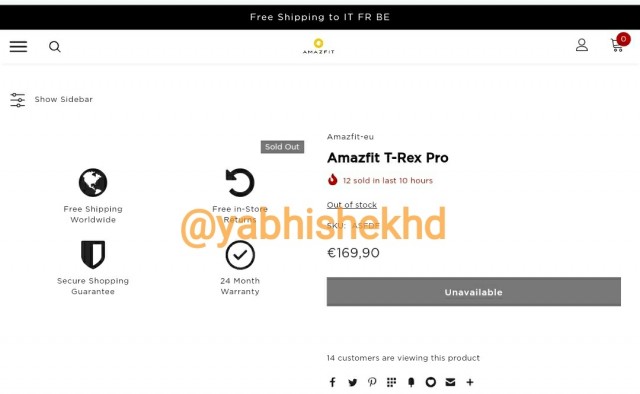 Thanks to a leakster on Twitter we also get an alleged price in Europe – €169.90. That’s slightly more expensive than the regular T-Rex that launched at €150 and is currently discounted to €110.